Skip to main content
Labels
Posted by Wheels And Sneakers May 10, 2022 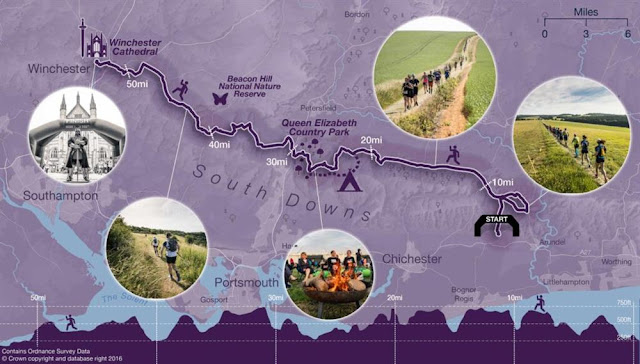 Throughout Lock Down in 2020/21 I had been on a mission to get myself into a healthier happier state of mind and body, by working on my mental and physical wellbeing. So, after 1 year of walking, weight training, HITT sessions and anything to keep moving, I left home at 3am in June 2021 to make the shuttle bus to the start line for Race to The Kings, to set myself a goal and to fundraise for Macmillan Cancer.

It was my first major event, since Covid era began. I'd completed the inaugural Trail Pursuit run in the Lake District during May 2021, but this seemed like a much bigger event - with many many more people participating. I had grown happy to be around less people and to be fair the idea of catching buses, hanging out on the start line or generally being around lots of people did freak me out quite a bit. I was completing the event in 2 days, which meant camping overnight and eating with hundreds of other people, so I was on high anxiety alert for multiple reasons.

Organisationally - Threshold Sports did a fantastic job of spreading people out at the start and keeping us in smaller groups, but as we rolled out of the gate and onto the road, it became clear that the 1st few miles were going to be busy. Busy with groups of people who had entered together and hadn't quite learned that rolling in a pack wasn't super helpful, to those outside of their group, or solo travellers who wanted to run the route and were getting p**sed off waiting for older, wider, slower people (like me) to get the f**k out of their way.. so I picked up my pace for the initial 5k - purely so I could get away from the pack and breathe in my own air space.. At this stage I was feeling fit enough to be able to breeze the route.

The course winds through the South Downs and the surrounding hills.. lots and lots of hills.. beautiful rolling hills, some more open to the sunshine than others. It's a fantastic course and a part of the UK that I had spent very little time in, so it was great to be wrapped up in its greenery. However, I can't lie, I was under the impression it would be a bit tough, but when I arrived in camp in tears at the end of the 1st day, I was terrified of not completing the course, let alone choosing a safe place to sit down and eat.

My legs were screaming at me as I arrived at the checkpoint and I was desperate for somewhere to sit, but my only choice was carrying all of my food to my tent to eat alone, or to take a chance by sitting with an existing group of folks and sharing their table. I could hardly face standing up to choose my food, let alone feel capable of navigating through the field with a paper plate, aiming for the contents to remain on the plate at my destination. I opted for sitting at the end of the table, with a group of lads who took kindly to the older lady who was very obviously in some pain.

Thank the gods for sending nice people and good vibes my way that evening, as it made the plan of food and rest so much easier. I found my tent, I gave up on putting my camp bed together, took some painkillers and slept on the floor (no airbed) hopeful that the grass would somehow give me new life and a massage, so I would be ready for the morning. In truth - I didn't give a sh*t how or where I was going to sleep - it was destined to happen, whichever way I landed. 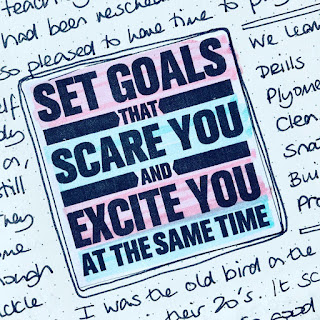 Breakfast enjoyed, I eventually rolled out for a second day, surprised at my own ability to ignore the pain in my calf and right knee, but I had working legs, I had collected a lot of money from good people and I was definitely going to finish the thing I started. And oh! what a thing..

If you are going to take on a Mighty Hike for charity, definitely get one with spectacular views. If this was a city walk, I don't think I'd have made it, but being able to navigate through forests, moors and the countryside, after being very much near my home for the past year, was a wonderful way to spend 2 days - albeit in constant motion.

Throughout RTTK I was passed multiple times by other people saying ‘Well Done’ or checking I was okay as I limped along.. I didn’t see other walkers or runners for long periods at a time, so eventually I came to the conclusion that I was doing a bit crap and was seriously lagging behind.. I’m okay with taking my own pace, I came in and out of pitstops with a pause, a refuel and back out again.. But on the 2nd day I was soooo late back to Winchester Cathedral, I felt like I was in the final few to arrive home safely.
I was very pleased to see my Dad and Kathy waiting for me with big smiles and directions to a fresh pint and food, but I was a bit down on myself for coming in so late in the day. Most of the finish line stuff had been packed away. So when the results came in and I realised I was in the middle of the pack for the overall event participants and for my age group, I gave myself permission for a bit of a celebration.. Yes, I was slower than the runners. Yes, I arrived back when most of the attendees had long gone, but overall I did okay and I’m pleased with this result.. Steady Progression
I’m so very thankful for the donations and messages that came in from everyone.. It’s a big job looking after so many participants at these events but Threshold Sports definitely supported me all the way to the finish line.. Thanks to all the pit stop crews and friendly encouragement.. I’d definitely recommend Race To The Kings for a future challenge and Team Macmillan for their support in their Mighty Hikes series. My Just Giving page raised a total of £707 + £125 GiftAid, so I'm pleased that it had been worthwhile, plus my workplace have also donated an additional £250 to the charity on my behalf (not shown on my page total).
If you are tired of running fast through nice spaces, or just like the long walk, please check the Macmillan Mighty Hikes Series for inspiration on where to walk next. 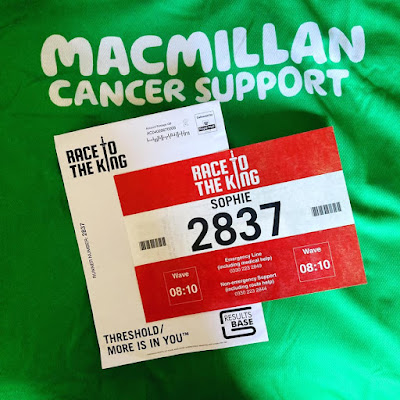