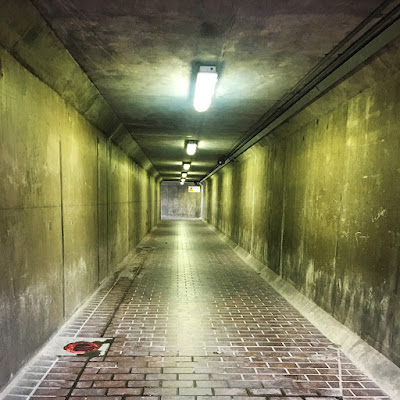 For the first time in ages, I entered the New Year in a good place and managed to crank out a few long training runs and walks before turning into 2018. Over the last two years I have used the Christmas holiday to plan out my year of events, to give myself a plan to focus on, to keep me on the right path, throughout the winter season.

Initially I booked Paris Marathon last April, to force me to keep running all winter and to keep my head in the right place. In order to make my path more sustainable I kept adding events and each year  since I started running, I quickly made a long list of multiple 10k, Half Marathons, bike rides and Marathons. But with sponsorship also came the pressure to keep running, pushing beyond the injuries and often surpassing all plans for sensible mileage. This year I am aiming to try a different tactic, off-loading the pressure to see how well I cope with just running for myself.

As a MIND fundraiser, last January I tried to undertake the R.E.D January challenge, which aims to get people moving every day of the month, a task which I took to mean actually running every day. Even on the days when I was cycling in Girona, I was also taking on at least a 5km run each day, often more. However good the cause though, I'm not entirely convinced that it was good to be completely omitting the rest days. In fact I probably earned more temperamental injuries over the early part of last year, which followed me throughout the remainder of events.

30 day challenges are great, if you are only working at a level which is not detrimental to your body. They're great at helping you get out of the door when you'd rather do f**k all, but failing to do occasional pieces of those challenges often causes people to feel like they have failed, if their bodies aren't used to the strain of the challenge. This can either cause more stress and pushes the person beyond sensible limits, or makes them stop trying to complete the challenge and give up on similar exercises later in the year too. Whether it's diet, exercise, non smoking or drinking, putting that much pressure on yourself, being totally committed to the tunnel, isn't always a positive thing.

This year I am taking a new approach and trying to complete a year sponsoring others to do challenges, but taking a year off from personally fundraising. Partially to give my mates pockets a break, but also because I just want to learn to run for shits and giggles again, to take weight from my shoulders and to allow myself to run when my body is fit enough, not just because I have taken money from people to undertake a challenge.

So here we are 5 days in.. I was due to drive to Saltaire today to do a half marathon tomorrow morning with a friend, at one of my most favourite destinations with race organisers, "Its Grim Up North Running". It's an event I have looked forward to, for about 4 months, which I loved running last year, despite the rain and muddy conditions. The area is in a World Heritage Site and there's loads to see and do there, plus a few friends nearby, so I was really into the idea of going for it.

But on Wednesday when I started feeling ill, I tried to resist the lurgy for a while and had been ignoring a rattle in my lungs for a few days previously. After a night of no sleep and coughing, I decided it was okay to let myself just get on with being ill, slept as much as possible and cancelled all plans. I'm gutted not to be seeing my friends this weekend and sad to not be running, but totally okay about bailing at the same time too. For the first time, I have no guilt for putting myself and my health first. I feel bad for letting a good friend down, by missing out on some fun stuff to see and do, but aside from adjusting my mileage and giving myself a break, I'm 100% not giving myself any stress for once.

Running and cycling for charity has massively helped me to feel like I am making a positive contribution, helped me help other people and also helped me to raise awareness of the issues each charity works towards. It made me develop a structure to my training and it has definitely shown me that my body is capable of enduring mileage, that I'd never attempted in my younger days. For that I am totally pleased that I pushed myself to complete all previous events.

Having a year off, to concentrate on trying new methods of training, to keep up with less events, but to have some good adventures, feels like the right thing to do right now. It's good to be pressure free, to take it easy but to take on some challenges that are only for my own head and for my own sense of self worth.

Hopefully you'll keep being interested and want to read about them still, or perhaps come and join me for a run, walk or crawl along too xx