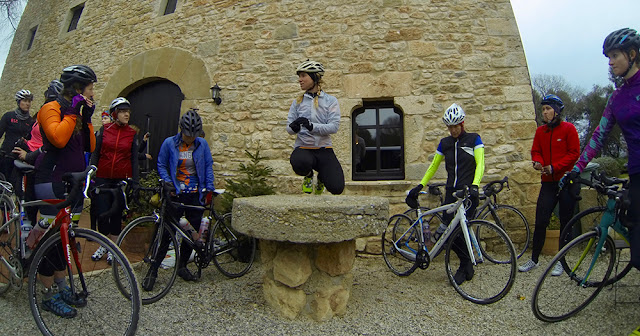 It's taken a while to come down from the buzz of this camp, to try to put into words the boost which the experience has given me. To be fair, its probably gonna take a while longer for it all to sink in still, but I'll try to give you a slice of how it went, to tide you over until I have got my head back into gear and worked my way through all the footage.

In January, I was totally lucked out, to be given the opportunity to join the Adventure Syndicate ladies, in Spain for a week long Winter Training Camp, with Lee Craigie, Emily Chappell and coach John Hampshire, within the grounds of Girona Cycling. As well as being led by this incredible team, the group of ladies participating alongside me, were a force to be reckoned with.

Do you ever sign up for something, with anticipation that its going to be pretty cool, only to find that you have by some strange fate, found yourself in the middle of a complete game changer? This was my initial thought on day one and over the course of the week, this feeling of overwhelming support, inspiration and encouragement, gave me one of the biggest, baddest kicks up the a**e that I have felt in a long time. 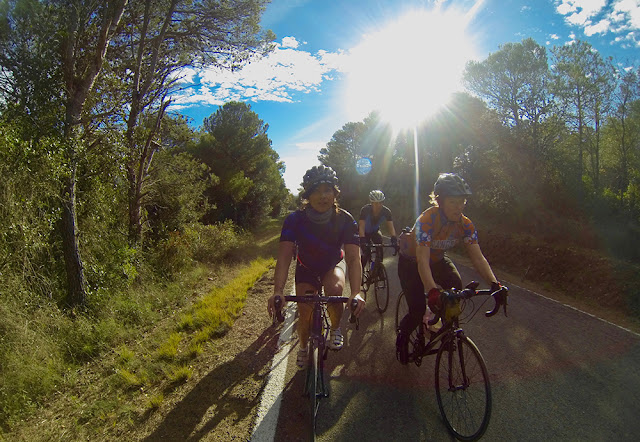 Amongst our group were ladies who had ridden the Transcontinental race, Rapha Ambassadors, Cycle Station Mechanics / Volunteers and Ride Leaders, Audax Warriors, a Pub Landlady and too many other walks of two wheeled life to mention... and then there was me. A lady who was up for some help to train for a couple of 100 mile charity rides, which seem like a skip around the velodrome in comparison to their combined achievements and experience.

Usually if I sign up for something like this, I feel about 10 years older than everyone, perhaps one or two others have kids (babies) but generally I feel like I am the old bird who shouldn't really be there. This time around - definitely not the case. The group was a really good mix of ages, experience and backgrounds. I wasn't the only member of the group with grown up children, I wasn't the only person coming to terms with life's battles and our ages ranged from early 20's to mid fifties. Yvonne - one of the most inspiring and older members of the group, was nifty as hell up those hills - like a mountain goat tearing up the tarmac! 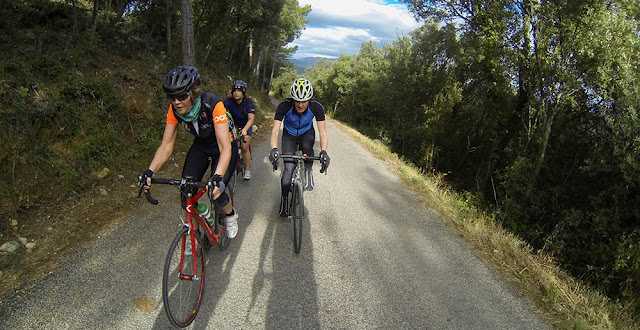 From ladies who get out for a weekly ride with groups, to those who enjoy the challenge of Touring and big game mountain climbers, there was enough balance and challenge for each of us to get ourselves out of our individual comfort zones, whilst still working as a team. The first days ride was a pacer, with everyone heading out, trying to find their spot in the group; strutting off at the pace that felt right. I was immediately at the back, where in fairness I had expected to be, but at no time did the group or leaders let me get left behind. 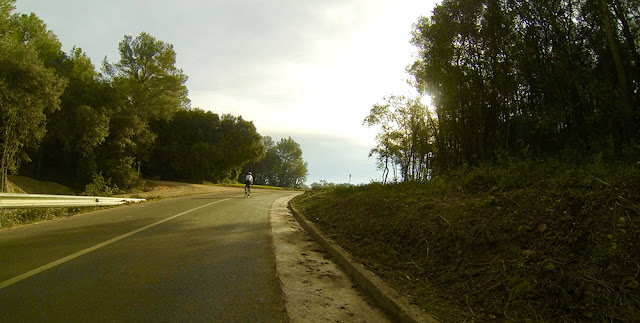 On our 2nd Day we formed into 3 levels of ability and experience to practise riding in groups, a discipline that I'd never really tried before. Having spent most of the night worrying about how I was going to keep up with the peloton or remember the gestures, shouts and group communications, I was pretty nervous about heading out. It was apparent early on, that my bike wasn't the lightest, my gears got damaged in transit too; so whilst I settled into the group formation on the flat, I started to struggle when we hit the big hills. My group soon learned that as Granny Cog was failing and my gears were jamming up, my shouts of "F*ck, f*ck, fu*ck.. Shittttt!!!" meant that I was stopping and they should rapidly avoid me. There's nothing like the impending collective doom of a posse of clipped in ladies to make me lose all sense of vocabulary - somehow the phrase "stopping" had removed itself from my brain. 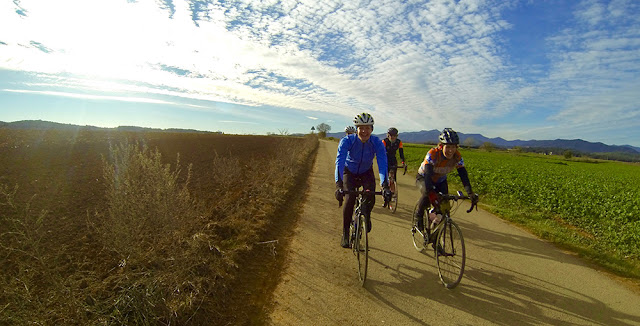 But.. over the week we swooped together down hills and we charged up-hill, taking in some amazing views of the foothills of the Pyrenees. Each day saw us taking on more challenges, riding further, pushing and supporting each other to get as much as we could from each route, practising our group techniques, learning how to work together. It was a week in which I felt like I belonged, like I wasn't foolish or outlandish to want to push myself in this way. I had no idea how many different cycling disciplines and race types were out there, how many other women wanted to push themselves too. 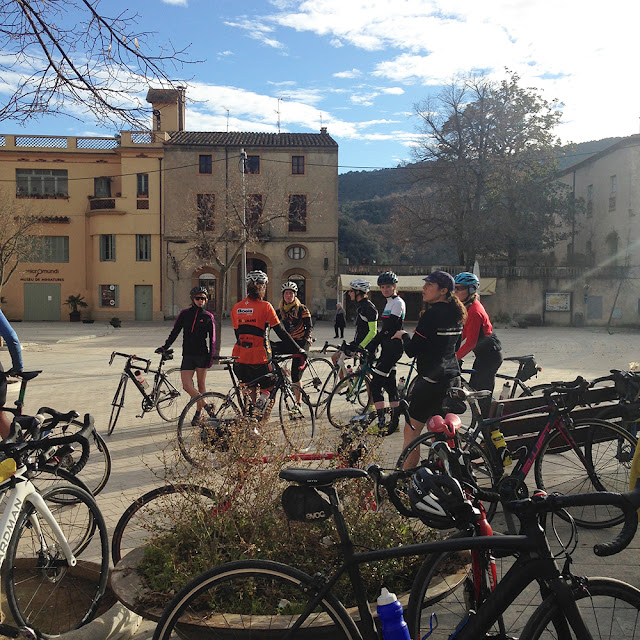 I broke my hand the Thursday before we flew out to camp and over the week I had a few private confidence wobbles, shed a few tears and had a couple of personal battles within my head. It's been a heavy year and the week away was quite a physical challenge for me, despite being reasonably physically fit. Yet despite these factors, living with the group for the week, gave me more confidence, inspiration and encouragement than I have felt for years. Aside from bike time, so many conversations and life experiences shared, meant the world to me.

I said before I left for the journey home and I still feel now, that this week for me was a 'life changer'. Over the month I will be working on a short film, about the week and the ladies who joined and made it such an outstanding adventure. I only hope that if you get the chance to go and invest some time with this group, that you take the opportunity by both handlebars and you pedal like your life depends on it. You'll be in for one hell of a ride xx

The Adventure Syndicate is a collective of extraordinary cyclists who happen to be women and who aim to challenge what others think they are capable of. For more info on the collective, please check their website for full info
http://theadventuresyndicate.com

During the week, coaching and future training planning was provided by John Hampshire

Big thanks also to Gareth, Fiona and family for looking after us all so well at Girona Cycling