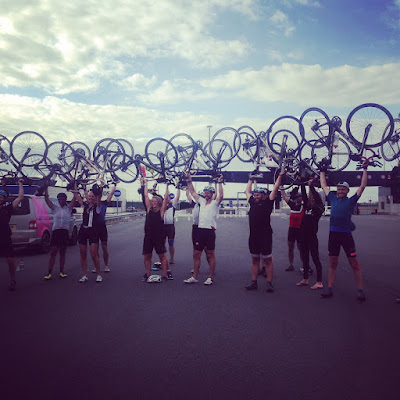 On July 10th I began the Stage 3 section of the TRIBE: Run for Love, a 2000km duathlon which started in Sarajevo and ended back in the UK, for which I would be joining the team for approximately 660miles of cycling. Having spent the year running, cycling and knocking out my first marathons, I felt fitter than I could remember on this side of my 20's.. until the ride began.

Sometimes I am guilty of feeling I am able to take on challenges, with a reasonable idea of the task to be completed, but maybe not entirely understanding the enormity of the actual task. This is usually my game plan for any running race - I never check the route before setting off.. once I have an idea of the distance between landmarks, my head spins off on negativity and tries to talk me out of every step down the road. I used to apply this to all events, but a surprise trail run for a half marathon at least changed my tactic to anything off road.

This wasn't going to be possible to handle the same way though, so for weeks I pondered over the route, got my bags ready, took off on solo training rides, or out with groups of friends, did as much as I could considering my recent achilles injury. Which was okay, had I been tootling along at my normal pace.. which we clearly were not. I had a new bike, which I had clocked up a few hundred miles on already, got my kit sussed.. bought more spare inner tubes than I had ever owned and packed everyone's good vibes and messages into memory storage.. it was time to set off.

I arrived in Munich and immediately met a couple members of the TRIBE team at the airport. Obviously we were the folks arriving with cardboard boxes filled with bikes, so building them up in the arrivals lounge gave us chance to start conversations and I soon felt at ease with the group, as we headed on our way into the city and to settle in for the week.

Most of the team had already undertaken the first 2 stages of the challenge, running back to back ultra marathons and cycling over the alps, so our first day was an easy 93km.. yeah right. It was clear within the first hour that my pace and the groups pace were two very different beasts, but there was no turning back, so I got on with as much as I could and enjoyed being pushed well out of my comfort zone. 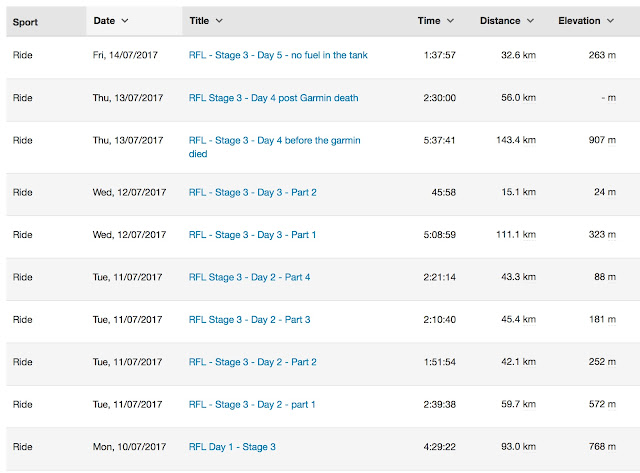 As the days and routes crept by, I had a few issues going on. I hadn't got cleats on my bike, due to finances, so completion of the distances each day in sneakers was causing my toes to go numb, then pass through to sharp pain under the balls of my feet. Saddle sore was a totally ineffectual description for what was happening in my shorts and my body began taking on loads of extra water to compensate for the stress I was putting it under as the week carried on.

My favourite day by far, was the longest, when I covered 130miles from Germany, through Holland and into Belgium. Tim had encouraged and pushed me to my limits, helping me hit a ridiculous paced  end to the day and whilst I was absolutely smashed at the end of it, it felt wicked to have had such an intense day's ride. I made some great friends over the week and the support and vibes given by everyone was amazing to be a part of. 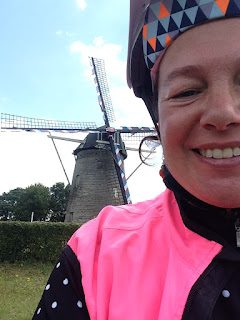 I was way out of my depth with pace, fitness and age was definitely a factor, but I am so glad I stuck out as much as I could. It was a good life lesson and great to be amongst so many positive individuals. Though physically I was suffering through it, my mental well being really benefitted from being surrounded by everyone and just by having a full week of nothing but cycling and being totally detached from the real world at home.

By the time I arrived home the following weekend, I had taken on an extra stone of weight, purely from the levels of cortisol and shock my system was being put through. Indeed by Day 5, I started out with everyone as planned, got to 30km and had nothing left in the tank to give. I was already being pushed uphill by Julio, as I had been everyday at some point by Julio, Guy and Tim, to help me keep pace with the team, but we had a deadline to meet to reach the ferry and I just had nothing left. I opted to jump in the support car and had a really good day resting and trying to help the support team track down the riders, give out refreshments and try to be useful.

As the team arrived in Dunkirk ready to board the ferry I was sad with myself that I hadn't been able to keep going that day, but thankful that I had accomplished so much more than I had ever during the week. A couple of things came to mind, which were words from friends at home.

Earlier in the week Nav had checked in, to make sure I wasn't pushing too hard, was listening to myself and that I knew it was okay to stop if it became too much. I assured him it was cool and I did back down when I felt too tired to be safe, or was in too much pain to carry on.

I have been running with Chasing Lights Collective and Run Dem Crew for less than a year, but their support has been a massive boost to my ability to get through my events. A call from Charlie on the morning before I left for Germany, meant the world to me and gave me the extra blessing that I needed to have the confidence to even get on the plane and begin to do the thing.

I was thinking about everyone who had come out on training rides with me, given their individual slices of advice and made time to help me with preparation. It was a combination of missing everyone, tiredness and annoyance at myself that I couldn't complete it all, but also gratitude to everyone who had dropped me a call, sent a message or allowed me time to bore them shiteless with tales of this crazy journey I was about to head out on. There's a couple of folks who text or call me on every adventure, with whose words I feel boosted, supported and validated in my decision to pursue these challenges and travels. Hopefully you know who you are and how much you mean to me

When Saturday morning arrived, I woke up in Dover feeling ready to try a new tactic for the day. There was a new group of riders joining us and they were due to start a little later than the first group, so I decided that I was going to set out with the main team and see how I got on. If I was to fall behind the first group, I would have the map on my Garmin and could drop back, so that I could get swept back up with the later crew. I had spares on me, had the map, had a good nights sleep and was feeling okay - tired but in a better place than the day prior. This was the last day of cycling and I was looking forward to completing the stage with the team.

About an hour after we set off, I had already begun to drop behind the main group. Julio and Guy were still either side of me, Julio ahead and we'd had quite a big climb to leave Dover and were heading west. We came to a nice downhill section and it felt good to be able to hang on the drops and pick up some speed, make up some time and let gravity do its thing. I generally have no problem with travelling fast downhill, we'd had days of riding in wide open roads and I guess I was in a bubble of tired and perceived safety, so dropped my guard. 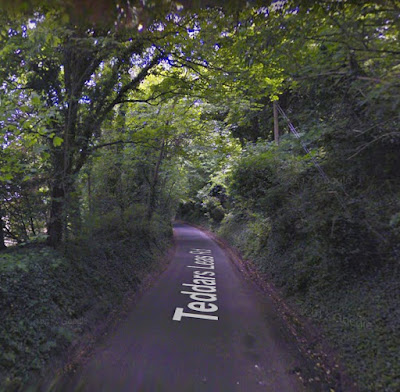 As I looked up, I saw the delivery van and slammed on my brakes as hard as possible, while trying desperately to get as far left on the road as I could. I remember very little except the specific moment I knew it was going to hurt and there was no avoiding the impending un-moveable object in the lane. I felt my back wheel slipping out behind me and then nothing. I can remember attempting to sit up after impact and feeling the pain in my shoulder, then saw the blood pouring out my head. I knew it wasn't good but from this point everything is pretty sketchy.

The team kept going and completed the stage, whilst Guy stayed with me and had the tough job of calling my Dad. He kept my spirits up in the hospital and was a great help.. I owe him a pint and a catch up soon, but I was incredibly lucky the support team were very close behind, to take care of me until the paramedics arrived. Their care and support was amazing and I need to give everyone of them thanks for their help that day.

The plastic MTB helmet wrapped around my head, is the main reason I am here today and I will keep pushing the need to wear helmets forever. I have a double fractured shoulder blade and 2 head injuries, but today is 5 weeks since the accident and I am getting back on track slowly. I am back in work, I have a new helmet and whilst my gorgeous Genesis 'Dee Dee' has been written off, I'm starting to shop for a new bike, when my head and shoulder are ready.

I'm really proud of the TRIBE team and their ability to keep pulling miles out the bag. They were great company and I will always remember this event, as a shining moment in my life, which I really enjoyed, despite the abrupt ending.

So the remainder of my events this year have been scrapped, while I recover, but I am aiming to run the Birmingham Half Marathon in October. I am also aiming to do a similar route next summer, with a flight and a bike, but no set pace.. Going to take it a little slower, take a few pictures, maybe catch a train home - destination not set.

In the meantime I am concentrating on getting back on my bike and looking forward to joining the TRIBE team in Brighton for some smiles and a catch up. My total mileage was 439miles / 660km.. I'm still proud of what I achieved and in awe of my team members and their Duracell bunny strength
Always going to have to fun memories of a wicked week on wheels xx

TRIBE organise runs and rides for all levels of athletes.
For more info please check their Facebook page and website or take a peek at the RUN for Love website for more info on the whole challenge

My Fundraising page is still open, for anyone who wishes to help us reach our target to help end modern slavery, and support TRIBE charities