Paris.. and other Bright ideas 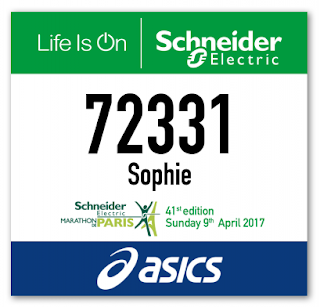 In June 2016 I had been running for about 4 months. I was getting better both mentally and physically and I knew this was due to the amount of running I had been pushing myself to complete.. I had completed my 1st race in 7 years, the Greenwich Park 10km and I was just putting together my list of events for 2016..

I guess it was either runner's high or purely a cycle of hyperactivity that put me in this position, but I remember acknowledging how much better I was coping with the world, with my renewed ability to mentally file my problems. I started to worry that I wouldn't be able to sustain the running, if I didn't set bigger goals to aim for or have a plan that would make me train all winter.

I was starting to plan longer term again - Believing I would make it that far, was in itself a major turning point. At my worst point, I struggled to get through a day, the ability to see the end of the week was unknown. So by the time I saw my counsellor, I had reached for the sneakers for nearly a full month and was starting to see light again and get myself on track. I worked with them for about 8 weeks and then decided I should let someone in a deeper state of crisis have their help, so I withdrew from the program. Running had become my medicine and my escape plan.

I have never run a full marathon (in race conditions). Until this year a half marathon is the furthest distance I had ever covered. I have completed an unscheduled marathon in training recently, with a stop for a burger and a chat in the middle, but it wasn't exactly planned or a great idea in retrospect.. but my legs still worked at the end and I kinda felt ok the next day. So Paris will be my first official marathon and I think its fair to say that I am both equally excited and shit scared.

But I didn't stop my plan there.. oh no! not like a normal person, I couldn't just say 'yep - I'm going to do A marathon.. Oh no! I had to plan 3 and a 50 mile Ultra to top it off.. My inner voice started repeatedly calling me a 'stupid tw*t some months ago and now I am starting to understand why..

My training has been way more than I thought I would ever cope with and I can only thank my crews and my run coaches for helping me get this far. When Vicky or Chevy each say "oh, ok" when I mentioned elements of my planned events.. or when Nav laughs, shakes his head and asks me to "explain to the crew, what it is that you're doing though Soph", it does resonate with me, that this may not be the plan of a stable individual..

But, you know I have got this far and hopefully I will make it to the end of my 1st marathon in Paris.. then feel like its possible to do it again, and again and maybe double it.. for now though, I reckon its probably do-able.. and I am still here. Ready. Willing to try

If you can help me, to help other people, by funding MIND counsellors and help lines, please check out my fundraising page and consider donating, however big or small, I will be massively grateful for your contribution xx