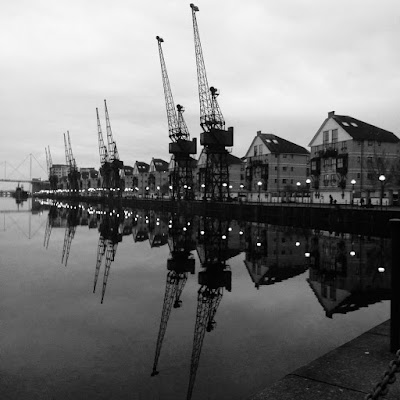 R.E.D. January had started off well.. I was getting out for a couple of easy runs, I had run to meet friends, did a cool 10k on the way home one day and thought all was going well. I was trying not to go full pelt and watching that I wasn't going to over do it, so apart from managing wisdom tooth issues, I was hoping that all was going to go well.. Until Thursday

It was a crisp clear evening and the plan was to run from the office to Victoria Coach Station, pick up my daughter, then head home for a nice chilled evening together. I set out from the office, ran the first stage towards Earls Court, past Gloucester Road tube station, the Museums, and starting over to Knightsbridge. Cool - everything seems good, running a little quicker than usual, but feeling ok and knowing it was due to be a short run - 2 to 3 miles tops.

I don't really remember what happened, as it was really quick, but I was about to cross one of the side streets in Knightsbridge, just ahead of Harrods, for a right turn which would allow me to cut through to the coach station. All I really remember was feeling a shove, then realising I was in the road and so winded that I couldn't look up. You know that totally winded feeling when you can't open your body back out, as the vacuum in your chest is too painful and closes you like the fridge door has sealed just after you snapped it shut.

Luckily for me I realised I was being picked up by a guy on either side of me. To my right, I guess he was in his 50's, to my left in his 20's.. both asking me if I was okay? what happened? was I hurt? I couldn't answer.. I just laughed it off initially - told them I was fine - that it was just my pride dented, but I was a bit confused, hadn't seen the person I was pushed by and just wanted to be out of the road, breathing again and agreed to sit down. I said a huge thanks to them both, said goodbye to Mr 50 and as he was having a cuppa with his mum, Mr 20's went into the coffee shop and grabbed me a bag of ice, stood with me for a couple of minutes, to check I was okay before leaving me to have a big cry, as the pain in my knee burned.

I had to get to Victoria Station still, so after 10 minutes got my shit together and started walking around to meet Poppy and apologise for being late. By the time I reached her, the adrenaline had dipped and my hand started to swell up and throb like a cartoon. This was not good. After catching up with her for a short train ride, I took myself off to A&E, got X-rays on my Knee and hand and given some painkillers. I have a fractured hand, the knees are bruised but fine. My confidence, so far in tact but over the next 24hours I lose more mobility in my hand and I start to feel really fu**ing angry.

You see I have been waiting for the opportunity to get away and this weekend I am due to be leading a ride with Bike Dem Crew and going away with the Adventure Syndicate on Monday.. On Friday I have to ask Poppy to do my hair and learn to do several personal things left handed and I am getting more and more furious about it as the day goes on.. So Friday I miss my run, I go to the theatre to watch a performance about mens mental health and I can rationalise the fact that I need to rest.

On Saturday I can do my hair, I don't want to let the BDC guys down, as we are riding on a filmed day out as part of a competition, so I decide that if I am well enough to ride on Saturday, then I can pack on Sunday and get myself to Barcelona still on Monday morning. I build the bike back up - it's had the wheels off since Cardiff last weekend, I set out, it hurts way more than expected, but I manage. I learn a new pain free method for changing gears, find a safe way to brake and it goes okay. I decide I can go still, so I need to totally rest it as the bruising is coming out. I have a splint to wear and it's definitely a load better 3 days in, but I have now been off the running for 2 days and I need to get back on it.

So - today is Sunday - I realise that I am putting off going for a run, because I have lost confidence in running alone, just because of 1 evening when things didn't go as planned. I think the thing I am most angry about is the potential that this had to ruining my plans and this chance of a lifetime to go on the camp next week. But also I am angry because its made me anxious about the one thing that was helping me switch off and feel free - I love my run time. It clears my head. I also love running in fairly solitary spaces, where there are no people around, but this week's push really kicked my confidence and made me feel unsafe.

It's a shitty feeling, so the only way to get past this was to head out. I told Pop's I was worried and that I would just be heading around the park, then I would be back. I got to the park. It felt okay. I turned right instead of left, and that felt okay too, so I kept going and completed a longer loop of the Docks than I normally would. I'm so glad I did and I'm so glad I am doing this challenge, as I probably would've bailed on heading out if I wasn't doing R.E.D. January

Sometimes you need to grip the fear and go and do the things that scare you anyway, as you are probably going to be braver / more capable than you think.. Just once around the block was enough today.. I've got a big day tomorrow xx
Labels: Adventures Bike Dem Crew Cycling Mind Repair Running Training
Location: London, UK